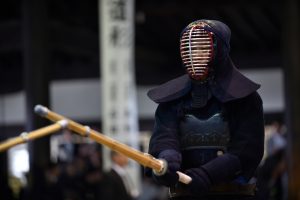 I had the pleasure to fight with him at the WKC in Korea. It was amazing and so much fun. So if you happen to meet him: practice with him. It is a one in a lifetime experience!