Tani Katsuhiko: Aim to clarify your goals for Suburi

Tani Katsuhiko has won the All Japan 8th Dan Tournament and attained 2nd place twice. While his time for Keiko has decreased due to being busy at work, he worked on morning runs and Suburi. “I am more aware of the blade angles and Tenouchi” says Tani, who explains what he has learned and focused on during continued practice of suburi.

1. Aim to clarify your goals for suburi
2. How to train for blade angles and Tenouchi

Tani Katsuhiko Kyoshi 8th Dan
Born in 1957, he is from Gunma prefecture. After graduating from Niijima Gakuen High School to Tsukuba University, he became a high school teacher in Gunma Prefecture. Major achievements include winning the 10th All Japan Invitational 8th Dan Championship and two times runner up, participation in the All Japan Championships, winning the National Teachers Team Championship and participating in the All Japan East-West Tournament. Retired from teaching last year.

By subscribing to Kendo Jidai International you agree to the general terms and conditions.
8th DanSuburiTani Katsuhiko
9 Comments
Share 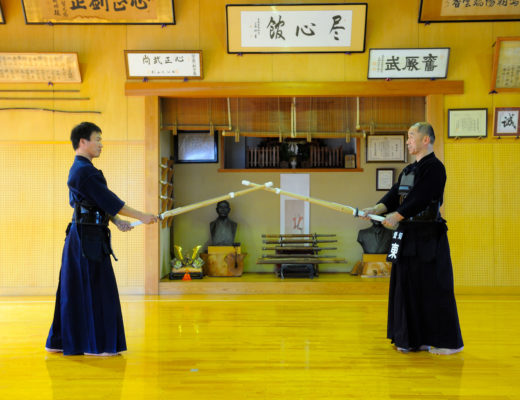 How to add depth to your seme?