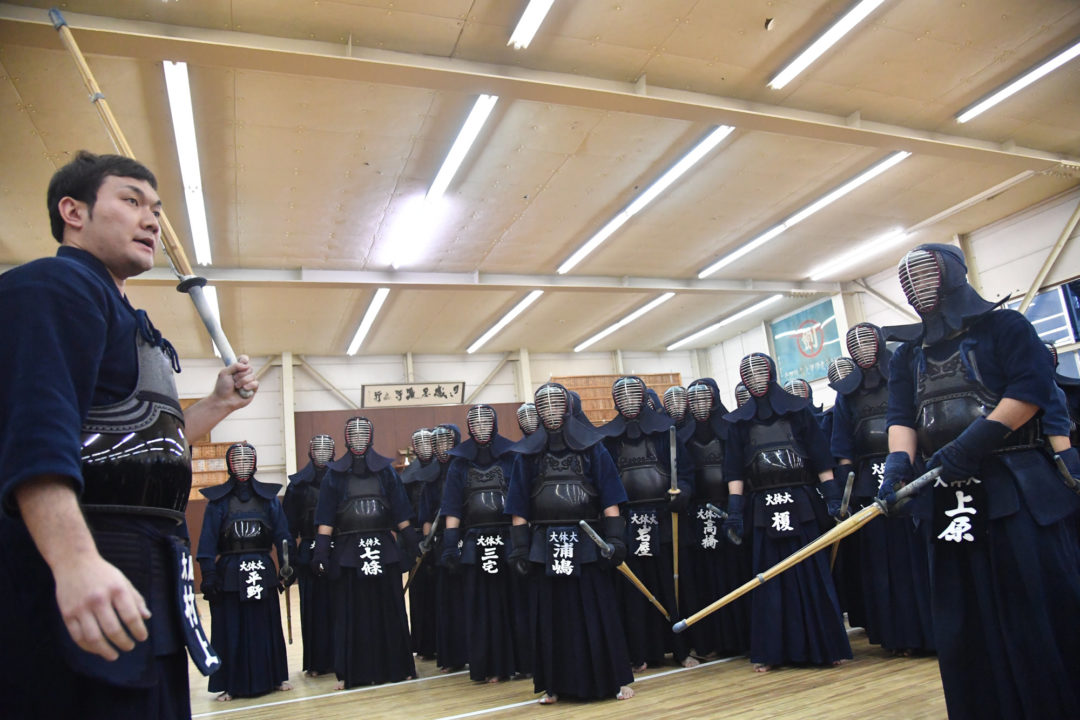 At Osaka University of Health and Sport Sciences, keiko times are two hours in the evening from monday to thursday and one hour on three weekday mornings. The purpose of these trainings is to build up strength as an instructor during the four-year university programme and to acquire the skills to become the best in Japan.

Under the guidance and instruction of the coach, Murakami Raita, men and women do keiko together. We reveal to you the main points of the Osaka University of Health and Sport Sciences keiko including video footage.

Murakami Raita
Born in Hokkaido in 1989. From Toin Gakuen High School he went to the University of Tsukuba until Graduate School and upon graduation became an Assistant Professor at Osaka University of Health and Sport Sciences.
His achievements include National Teachers Group Championship title and All Japan Prefectural Championship third place. Kendo 5th dan.

Currently, Murakami Raita is in charge of the entire keiko as a coach. All members of the club are experienced, so he does not micro manage but teaches the ins and outs of keiko.
Murakami often uses the words ‘to make everything an ippon’ during training. He values keiko of high quality while being aware of polishing the basic elements of kendo such as suburi and kirikaeshi.
The contents of the keiko are somewhat different depending on the day, but they usually include elements such as suburi, kirikaeshi, uchikomi, technique practice, jigeiko, kakarigeiko and oikomi. It is also characterized by the oikomi, taking advantage of the length of the dojo which allows for three shiai-jo. This keiko leads to mastering of basic movements, in other words, the foundation for making ippon.

By subscribing to Kendo Jidai International you agree to the general terms and conditions.
Murakami RaitaOsaka University of Health and Sport Sciences
0 Comments
Share 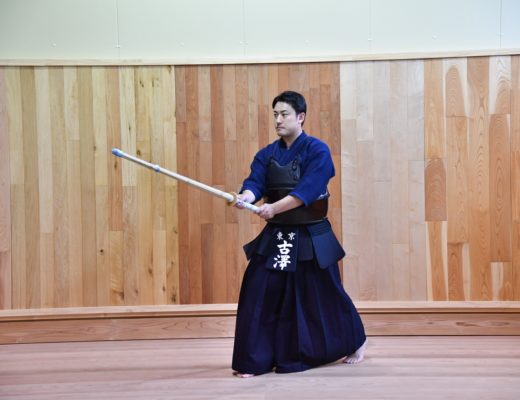 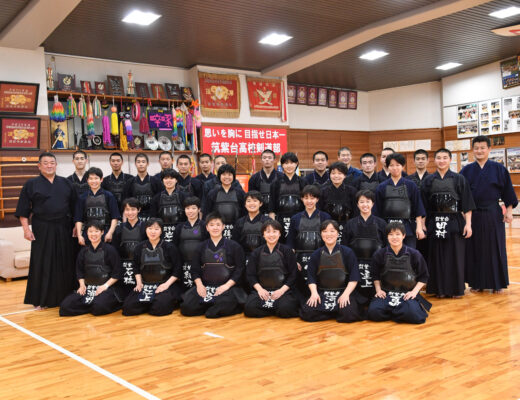