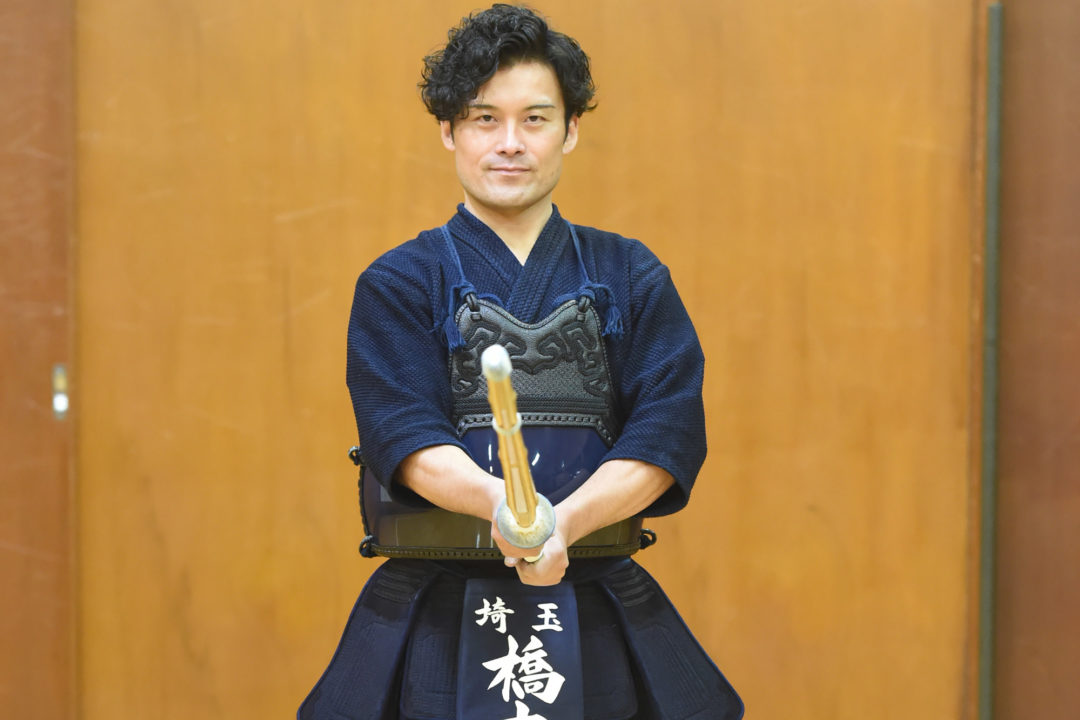 Last year, Hashimoto Keiichi won the 7th Dan Tournament with his sharp strikes from his clean Kamae, knocking out one strong player after another. We asked Hashimoto about his awareness of Kamae and how It’s connected to striking.

This year too, I participated in the 7th Dan Tournament. Last year I was able to fight with a challenger mentality, which I felt led to the victory, so I went into the match with the same mentality this year. The result was the best 8 and I very much enjoy being on that stage.

The 16 players are quite close to each other in terms of their view of Kendo and their skill level, so they can show their true strength in this competition. I feel that this tournament is the best way to express the Kendo that I am aiming for now.

I think this is related to the theme of this article, which is Kamae. I have a feeling that since I turned 35 years old, the Kendo I am aiming for and the way Kendo should be have become aligned. It started with Endo Masaaki Sensei, a former Chief Kendo Director of the Metropolitan Police Department (Hanshi 8-dan).

When I was doing Keiko at Tokorozawa Shōbukai, which Endo Sensei presided over, I attended a social gathering afterwards. He suddenly told me: “Hashimoto, you shouldn’t fight against middle and high school students with speed. Kendo is about using your opponent.”

Thinking back of my Keiko at that time, I was indeed fighting student with speed. Endo Sensei didn’t say anything more but his words stuck with me and I kept trying to break them down and make them my own.

What I realized a few months later is the importance of baiting my opponent. Up until then, if it was difficult to get my opponent’s hands to react, I would try to create an opening by making many moves.

However, because I was too aggressive my opponents would immediately turn to defense, and there was no chance to strike. But after Endo Sensei’s words I became more conscious of inviting my opponent and I could somehow sense my opponent’s initiations.

To put it plainly, I was able to aim for Debana scenarios which was a very big realization for me.

How to take Kamae to perform optimal techniques

By subscribing to Kendo Jidai International you agree to the general terms and conditions.
Debana-koteDebana-menHashimoto KeiichiKamae
0 Comments
Share