Irimi: Close for you, far for your opponent, Part 1 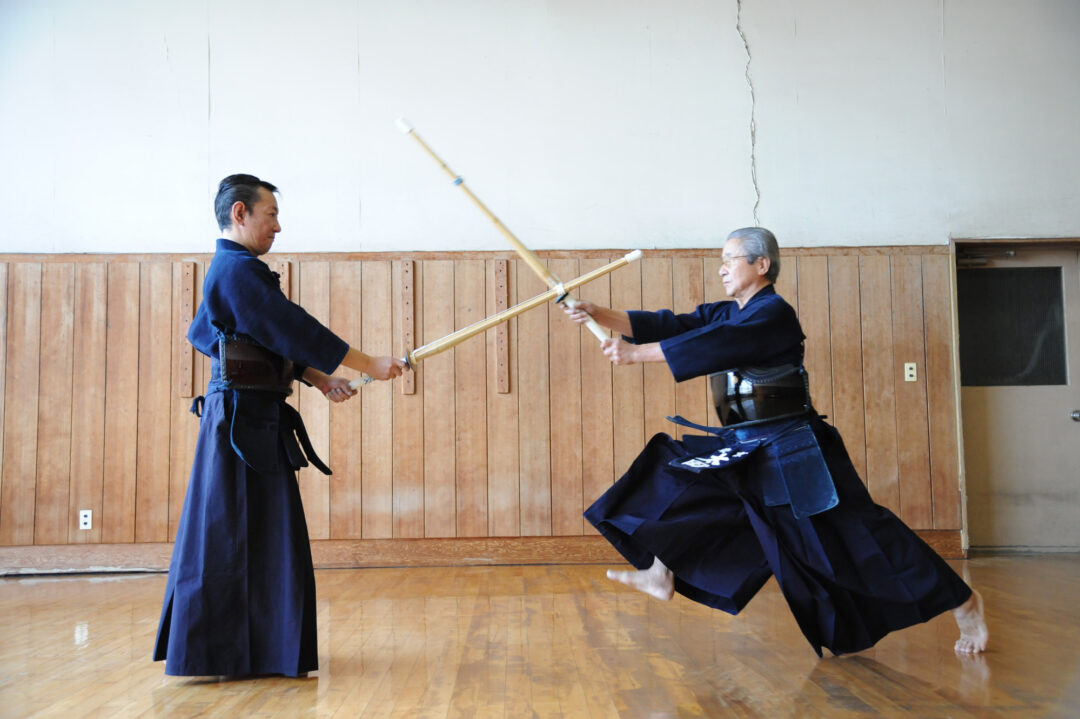 If the distance to the opponent is far, it is far for both. However, with Irimi techniques, we can achieve a distance that will be far for your opponent, yet close to you. Ota Tadanori, whose footwork is sharp and light, tells us the secrets of this art.

Born in Chiba Prefecture in 1941. He received sword training from Fukuoka Akira Sensei, a graduate of Shudo Gakuin, and advanced to the Metropolitan Police Department after graduating from Sosa High School. He made numerous achievements as a competitor and instructor, served as Chief Instructor of Kendo at the Metropolitan Police Department, and retired in 2000. He is currently the Executive Director of the All Japan Kendo Dojo Federation and a lecturer at Nippon Budo Gakuen.

The theme of “Irimi” is a difficult one. Specifically in the Kodachi Kendo Kata, “Irimi” means to go in and apply Seme to the opponent’s hands with full spirit and to change position flexibly in order to win. The Seme and the strike must be unified. In the Kodachi Kata, you can learn the sequence of these actions, which in turn will lead you to learn the Seme of Shinai Kendo.

However, these are things that can only be observed after a long period of Kendo training, and they cannot be achieved without understanding the relationship between the self and the opponent. In this article, I would like to talk about the process necessary to master the technique of Irimi, noting first that it is not something that can be done through self-satisfied footwork or body movements.

In order to practise Irimi techniques, it is essential to master the footwork that allows you to move quickly in any direction, front, back, left, right, or diagonally, and the body movement that accompanies it. Some people may think that this is obvious, but looking at Kendo today this doesn’t seem to be the case. There are so many straight line exchanges that even the commonsensical body movements from side to side or diagonally are rarely seen anymore. It is completely different from the quality of the Kendo I was taught.

It is true that techniques to break through and strike the opponent head on are brilliant. However, due to the overemphasis on linear Kendo, the bad habit of simply blocking the opponent’s techniques has become rampant. The reason for this is not only that we do not want to be beaten or defeated, but also that we have lost the sense of sword principles in modern Kendo.

The ironclad rule of sword principles is to never place yourself under a blade. Death awaits beneath the blade, which is why our ancestors refined their body movements and mastered the art of Irimi. In modern Kendo, where there is no exchange of life, it may seem impossible to ask people to keep this in mind. However, the fact that it is difficult to do so doesn’t mean it’s okay to ignore sword principles. Sword principles are an inseparable part of modern Kendo. Studying sword principles and learning Kendo in a logical way is the key to mastering the art. If you can master Irimi techniques on top of that, you will be able to perform Kendo where attack and defense are two sides of the same coin, and the scope of your Kendo will expand even further.

Learning through observing your teacher

When I talk about footwork and body movement, the first person who comes to mind is my teacher, Fukuoka Akira Sensei (8th Dan Hanshi). Fukuoka Sensei trained at Shudo Gakuin and was also a close student of the famous Takano Sasaburo Sensei. He lived in Takano Sensei’s house and trained thoroughly throughout the day.

I think I was in the second year of junior high school when I received my first lesson from Fukuoka Sensei. At that time, Fukuoka Sensei was teaching local Kendo practitioners in his yard, and I was one of them. He taught in the traditional way, not with words as we know it today. He just showed us by example. He was only about 150 centimeters tall, but his footwork was truly impressive. At the time, I had just started Kendo and was still inexperienced, but even as a child, his Kendo was etched into my mind and I tried to imitate it.

What I found particularly impressive was the beauty of his posture. He never flinched even against a big opponent, and when he stood up from Sonkyo, he quickly advanced his Maai. His feet were always moving and he never stood still. Yet, his standing posture was never disrupted. The way he used his feet is something that I was only able to understand after I joined the Metropolitan Police Department.

“Kendo footwork should be like that of a swan”.

A swan on a lake may look like it is moving silently, but in reality it is moving its feet in the water intensively. In Kendo, the feet should never stay still yet the upper body should never waver. This was exactly the way Fukuoka Sensei used his feet. I learned from him from an early age, and at some point I began to be praised for my resemblance to him. However, as I gained experience as a teacher, I realized how difficult it is to set a good example. In this sense, I was very fortunate to have Fukuoka Sensei as my first teacher. 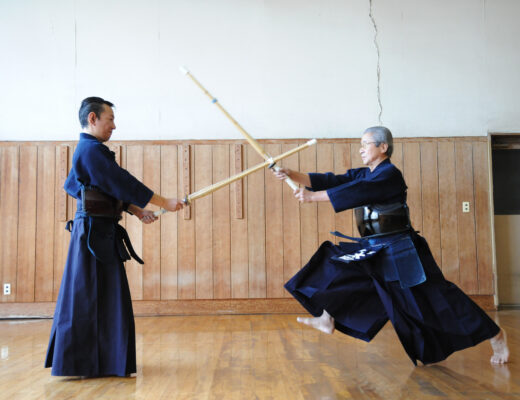 Irimi: Close for you, far for your opponent, Part 2