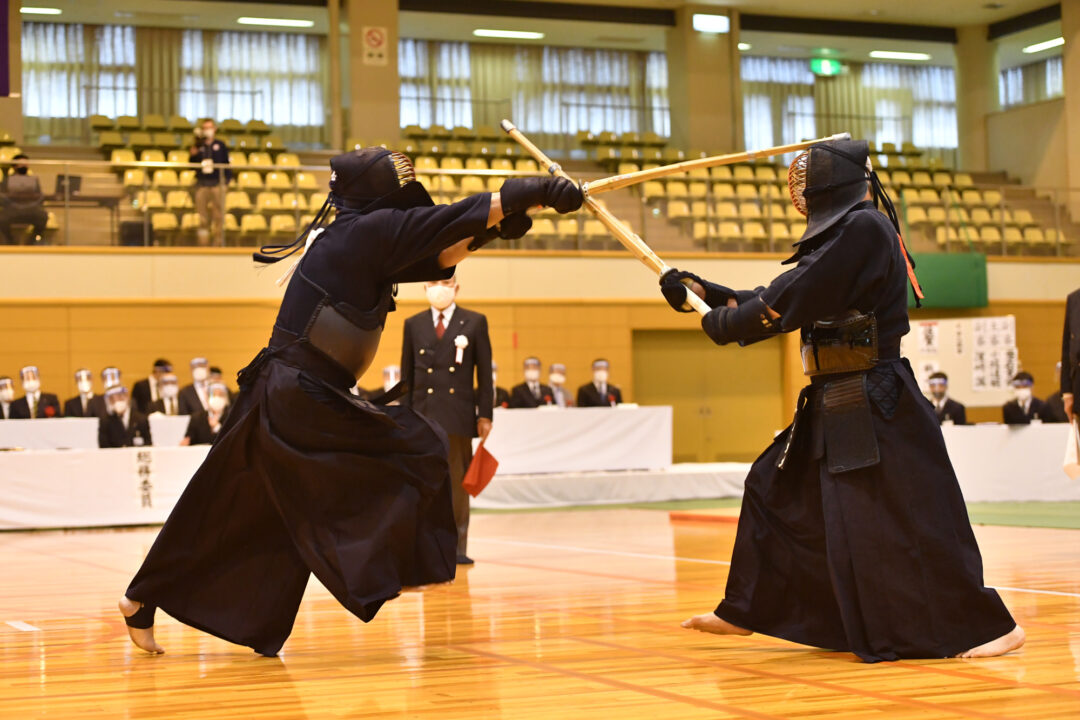 Suburi, Uchikomi, Kirikaeshi. It is said that the shortest way to improve is to steadily repeat Kihon Keiko regularly, but a flawed method will cause problems. Kihon Keiko become basics only when they lead to applied techniques. Let’s learn from a top Kendo practitioner how to do high quality Kihon Keiko.

“What is the aim of this Keiko? I think it is necessary to always ask this question and clarify the purpose” says Nabayama. He introduces the following points to improve Keiko quality.

Relativity to the opponent
Communicating intent

From beginner to expert, Kendo Keiko can be described in terms of Suburi, Kirikaeshi, Uchikomi, Kakarigeiko and Jigeiko. However, I believe that there are certain things to learn according to one’s level of training, and that training toward these things will lead to progress.

Students of the University of Tsukuba Kendo Club enter the school when they are 3rd Dan. The criteria for 3rd Dan is “for those who have learned the basics of Kendo and have a very good skill level”. The 4th Dan is awarded to students while they are still in university and is “for those who are in the process of mastering the basics and application of Kendo and have a great skill level”. As the “application” of Kendo is mentioned here, it becomes increasingly important to sense the opponent’s intent and seize the opportunity for a strike. Therefore, starting from basic Keiko, we consider what we want our opponent to do. We teach them to be conscious of clearly communicating their intent in order to make the opponent stand still, raise their hands or take a defensive posture.

However, the application cannot be effective without its foundation, so we also teach first-year students to grip the floor firmly with their left foot and repeatedly perform straight Men-strikes to build that up.

When I was in high school at PL Gakuen, my teacher Kawakami Takashi drilled into me that “the straightest way is the fastest way. If you can strike from a distance that your opponent cannot reach, you have a physical advantage. Leg strength declines with age, but we all know the importance of striking in a single motion, without repositioning the left foot.

Keiko on Gyaku-do
Be prepared in every way 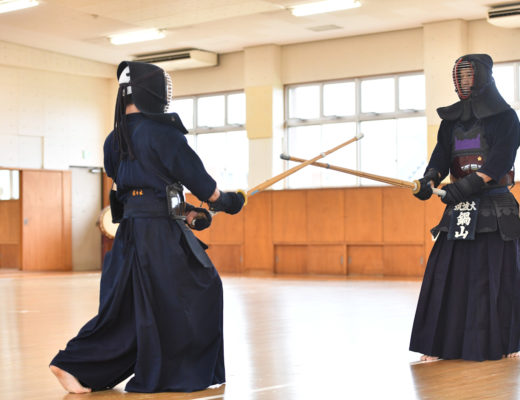 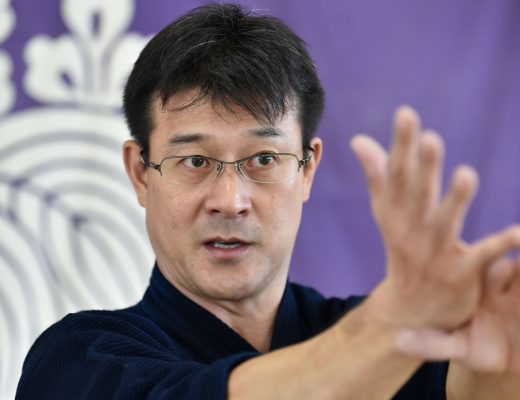