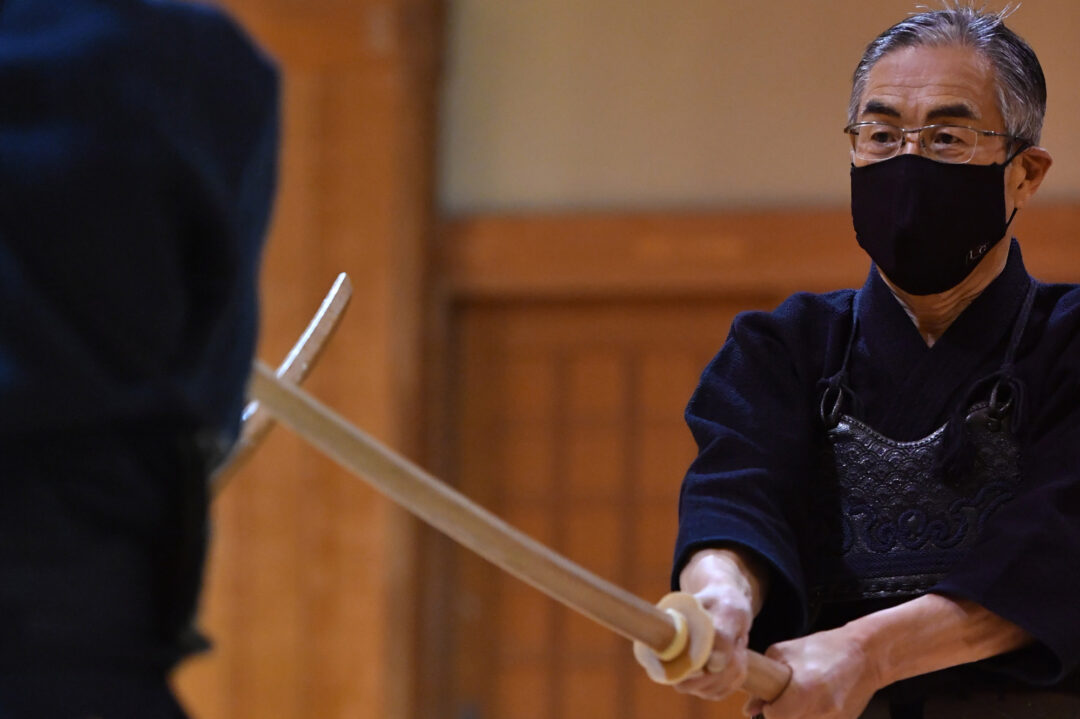 As the saying goes, “Kote is the front door, and Men is the back room”, mastering Kote-techniques gives you a wider avenue of attack. Learn how to disrupt your opponent by attacking from multiple angles. This article describes how to utilize Kote-techniques of top tier Kenshi and how to develop them into Men-techniques.

Techniques do not succeed out of the intention to hit a certain target, but rather from a certain flow. Especially with Kote-techniques, it is important to strike with the correct blade angle and sharpness. Kasamura emphasizes that in the end, striking with abandon is most important. You should face the opponent without thinking about whether or not you might get countered. We asked him about the secret of Kote-techniques, including how to set them up.

In Dan examinations and Keiko, the focus is often around Men-techniques. On the other hand, there will be many situations in Shiai where the outcome is decided by a Kote-technique.

I am good at Kote-techniques, but being good at something also means you will inexplicably get struck when it goes wrong. As mentioned before, if you think too much, your feelings will hesitate, your mind will linger, and you will end up being struck as if drawn in by the opponent. So, if you are good at Kote-techniques but only aim for that target, it gives your opponent something to target you with.

Therefore, the ideal situation is to apply Seme to the upper part of the opponent’s body, that is, to apply Seme mainly to their Men, and when their hands rise, you should change to Kote reflexively without being conscious of it. In the seventh Kata of the Nihon Kendo Kata, when the Shidachi changes to a Do-technique in response to the Uchidachi’s Men-technique, it is a reflexive move. I believe it is the ideal Do-uchi. Similarly, with Kote-techniques, the moment when the opponent’s hands rise to perform a Men-strike, it is caught with a reflexive move.

The opportunity is to see if you can make your opponent raise their hands by applying Seme to the center with a spirit that outstrips theirs. You do not aim to raise your opponent’s hands from the beginning, but rather you reflexively take advantage of the result of raising the hands as you apply Seme. Kote is a technique that is decided in a split second, so if you miss it, you will be taken advantage of.

In terms of the specific way of striking, I feel that sharpness is especially important with Kote-strikes. To put it another way, Kote-strikes are the techniques in Kendo where sharpness is most useful. A good practitioner follows through with the strike with a flash of sharpness. It is important to relax at the moment of striking, although both hands are tense when striking. With tension in both hands, if the force and speed are not aligned, you cannot relax at the right moment. If your Kensaki stays around the target too long, it will not be a sharp strike. Tenouchi is key here.

It goes without saying that the core of the body is important, as in all striking. Without bending forward, the body movement should be core-driven, and the upper body and shoulders relaxed, so that the Tenouchi is instantaneous.

In a sharp strike, you will hear a nice dry thud from the opponent’s Kote. By doing so, you will also be able to perform any second or third strikes. Also, it is necessary to strike when the opponent’s hands rise or when they move. If the opponent remains still in Kamae, you will not be able to get the best sharpness out of your Kote-strike.

In 2019, I was selected as the Taisho for the All Japan Tozai-Taiko (East VS.West Japan) Kendo Taikai in Hamamatsu, Shizuoka Prefecture, Japan. At the time, I was happy, but also felt a lot of pressure. I also felt that this would be the last official Shiai for myself. I did not want to play an embarrassing match, so I spent every day thinking about it.

But when I stood on the Shiaijo, I didn’t think about anything at all. I just geared up and decided I needed to perform strikes. My opponent was Sato Kei from Hyogo. I have competed against him many times from our active careers onwards. I thought a lot about how things were back then and how I would play the Shiai, and since it was my last Shiai I let it all come out. When the match was over and we left the Shiai-jo, I was deeply moved when realizing that this would be the last official match. It was a great honor for me to be chosen as the Taisho of this prestigious tournament at the very end, and it was a great feeling for me as a Kendoka.

Kendo can be practiced with a single Shinai, even at an advanced age. There is a work by the writer Itsuki Hiroyuki titled “The Idea of Descending the Mountain”. I used to “climb mountains” with all my might when I was in my active career, but now I am on my way back down. Even so, I feel that the real thrill of Kendo is that when you take Kamae against an opponent, there is always a way to practice it. This is the wonderful thing about Kendo that is not found in any other culture.

The Kote is the part of the body that moves the most. Moving at a dizzying pace, it still needs to be struck. In a real duel, you must apply Seme with intent, and then quickly and reflexively land the Kote-strike. It can be done horizontally or vertically, and depends on the Maai and even the width between the opponent’s feet. In either case, the important thing is to strike with the correct blade angle. 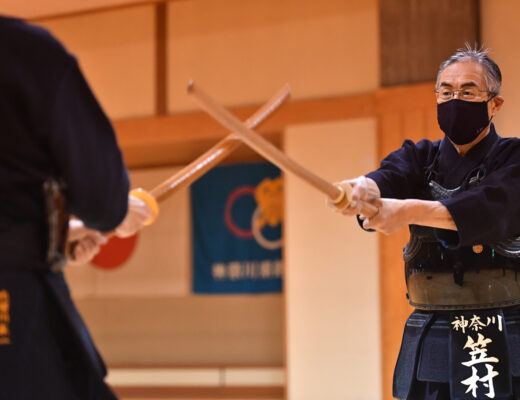