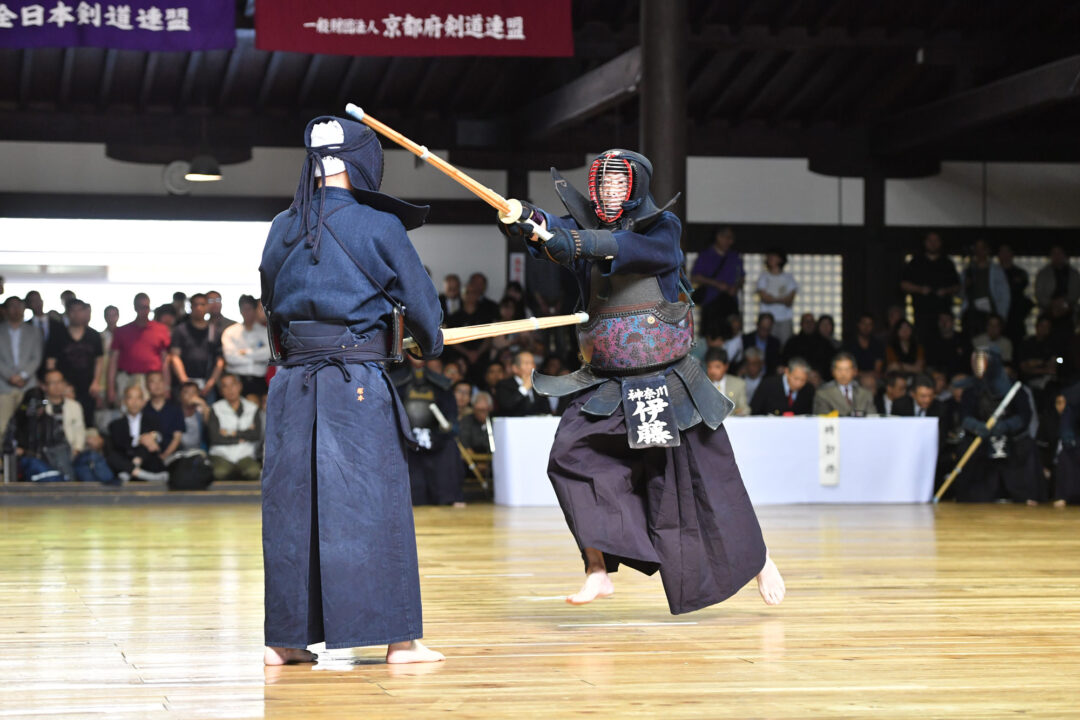 How can we seize the “Okori (striking at the moment your opponent starts moving)”?
Ito Sensei says, “You have to make both your opponent’s body and mind move.”
In order to read your opponent, it is necessary to learn the process.

The Okori is one of the great opportunities to strike. Many people may long for the opportunity to strike the opponent as they are about to emerge. However, in order to strike the Okori, one must pay attention to the steps prior to striking.

First of all, Seme is important as the first step to capture the Okori. Without Seme, there is no moving of the mind and action.

As for the opening in Kamae and opening in spirit, if you do not show any openings yourself, you will not be struck by your opponent. However, the opening in movement always appears when you strike. It is necessary to devise a way to prevent the opponent from seeing these openings as much as possible, so that they will not strike.

On the other hand, from the side of the attacker, it is impossible to cover the openings in movement. This is the point where you aim to hit the target, and then you will be able to strike the Okori.

There is a saying, “Strike the “s” in strike”. In this way, you can catch the moment when the opponent strikes. The key is to attack firmly, create an opening in the opponent’s movement and mind, and strike at that moment.

To do so, you must gain experience and anticipate what actions your opponent will make when you attack.

When you consider this kind of Seme, you can clearly see that “Okori” does not just refer to a simple movement. If you “hit the opponent when he moves,” without considering Seme, it is simply a game of speed.

Suppose you predicted that the opponent would come during the Seme, and they came out as you predicted, and their hands went up and you got an Ippon. In such a case, you would have been able to catch the opponent in the shortest time because you were able to move as quickly as you predicted. That would be the best way to strike the “Okori”.

To induce the opponent’s Okori.