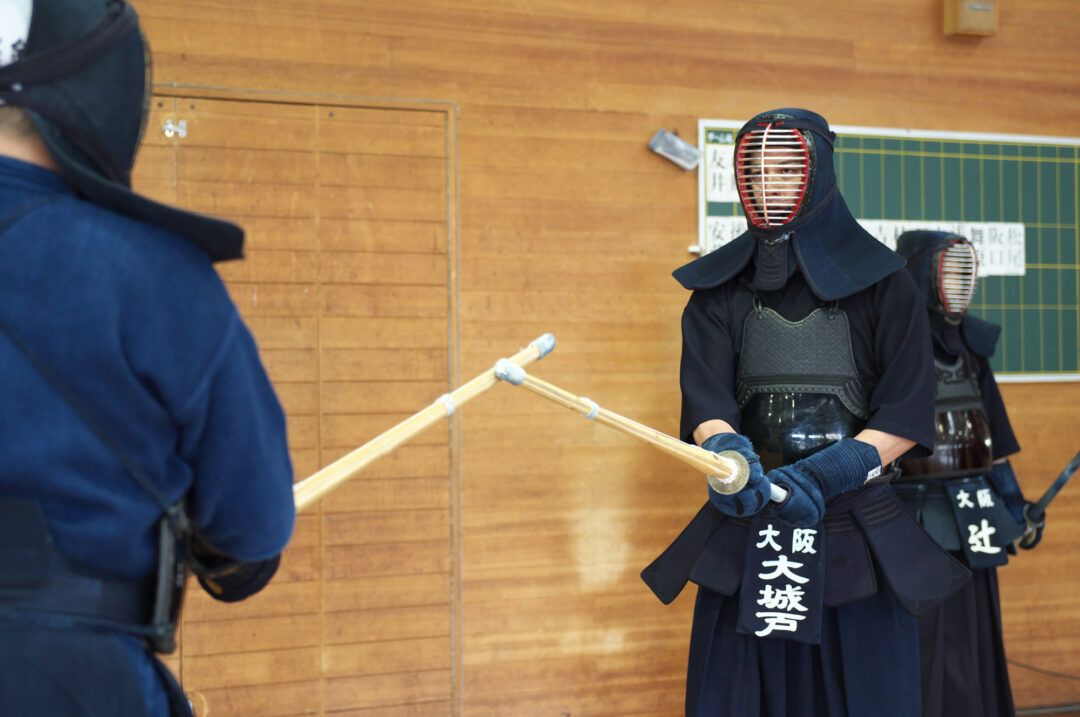 He continued to be active in the Tokuren for 14 years, and the driving force behind his success was his awareness of the need to build a body capable of fighting in the realm of Shiai.

This year, after successfully completing a 14-year career as a Tokuren member without serious injury, I was transferred to the Ikuno Police Station in the spring of this year.

My 14 years of Tokuren training has been a period in which I have been conscious of my body’s ability to fight in the realm of Shiai. I believe that my emphasis on such points as warming up, stretching, and muscle strengthening is the reason why I was able to survive the hard days of training.

When I was younger, I had a lot of physical strength, and there was a part of me that relied on it. Because of my youth, I pushed myself too hard even when things were physically demanding, and I think this put a considerable burden on the body. However, over the course of several years, my injuries increased. Also, when I was taking time off due to injury or in a slump period, I saw more and more junior members excelling, and there were times when I felt frustrated and wondered if I would just end my participation in the Tokuren program.

I then began to ask myself, “What can I do to win?” Through trial and error, I came to realize that in order to win, you need to make the appropriate preparations to fight through a tough year, so I began to think about the required measures.

Fortunately, when I was invited to the All Japan Kendo Federation’s training camp for the World Kendo Championships, I received a lot of guidance from the physical training coaches and was able to increase my knowledge about physical training and diet.

I also started to look at the situation I was in objectively. I felt that my lower body strength was weak, so I began training to compensate for that. I also felt that I was a slow-muscle type, with good endurance but weak fast-muscle and lacked instantaneous power. I thought I could not make use of these characteristics in Kendo. But I aimed to make the most of my strengths and have a body that is injury-free and has enough strength and endurance to fight through fierce battles. I was prepared to accept that there was nothing else I could do if results wouldn’t follow.

I think the number of Shiai for the Tokuren members is less than 10 a year at most. Since the Shiai dates are scheduled, I set goals for the remaining 355 days of the year and how I would distribute them, including doing Keiko on my own. I practiced several elements, but I especially spent a lot of time on Suburi, physical training, and jumping rope, which put a lot of stress on my lower body.

Although I was 37 years old, I felt confident that the results that followed could be attributed to my efforts.

The older I get, the more “particular” I become about Kendo. However, I would like to constantly improve myself by asking myself what I should change and what I should keep.