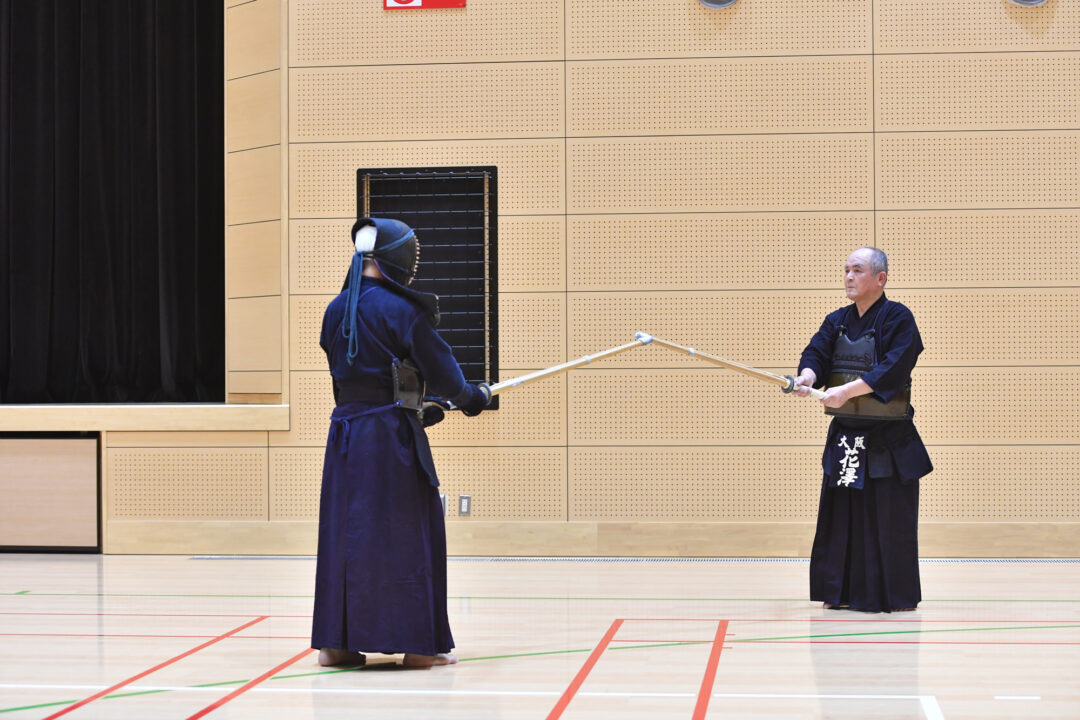 Hanazawa emphasizes, “in order to move your opponent, it is important to disturb their mind and break their Kamae.” Hanazwa teaches to general practitioners at places such as Osaka Gas. He recommends learning correct Shinai manipulation and four ways of using Seme: up and down and Omote and Ura.

In martial arts such as Kendo, Judo and Sumo, it is believed that breaking the opponent’s center line is an important element. In Sumo and Judo, there is no Shinai to separate the competitors, so it could be said that disturbing the body axis is what leads to victory.

In Kendo however, even if you think you have broken your opponent’s Kamae, if your Seme is not effective, your opponent will instead strike you or use Oji-waza. It will lead to your opponent using their Shinai to control your or defend. Therefore, such citations should be avoided as much as possible, and Seme should be used to move your opponent’s mind.

I am sure that everyone has experienced doing Keiko with a strong Sensei, and hopelessly  launching an attack when you feel pressured, only to be struck by that person. If you were to analyze that situation, you will see that the Sensei has a strong Kamae and uses Sen No Sen without any relaxation of the tandem or their Ki and without any disturbance in their breathing, to create Seme similar to a surging wave. You want to attack but you cannot. If you attack you will be struck. They predict everything you do.

I see this as the ultimate form of Seme and try to practice it, but it is not something that can be learned overnight.We can use Seme of the Ki, Seme of the body, and Seme of the Shinai to disturb our opponent’s mind and posture to create an opening. However, if your Seme is not effective, you cannot experience this. This is what makes Kendo so difficult.

Currently, I have been given the opportunity to instruct at Osaka Gas and Nichiyokai. There are books that teach correct Kamae and how to swing. However, there are many different ways of using Seme, breaking your opponent, and making your opponent move. It is a daily process of trial and error.

The late Ikeda Yuji Sensei once taught me that “the opportunity to strike is a smell”. At the time, I had a hard time understanding what he was talking about, but now I have come to think that when I check my opponent’s reaction when I pressure them (smell), this is surely the right opportunity to strike. I am always aware of this during my daily practice, and I try to perform my own techniques without missing that opportunity.