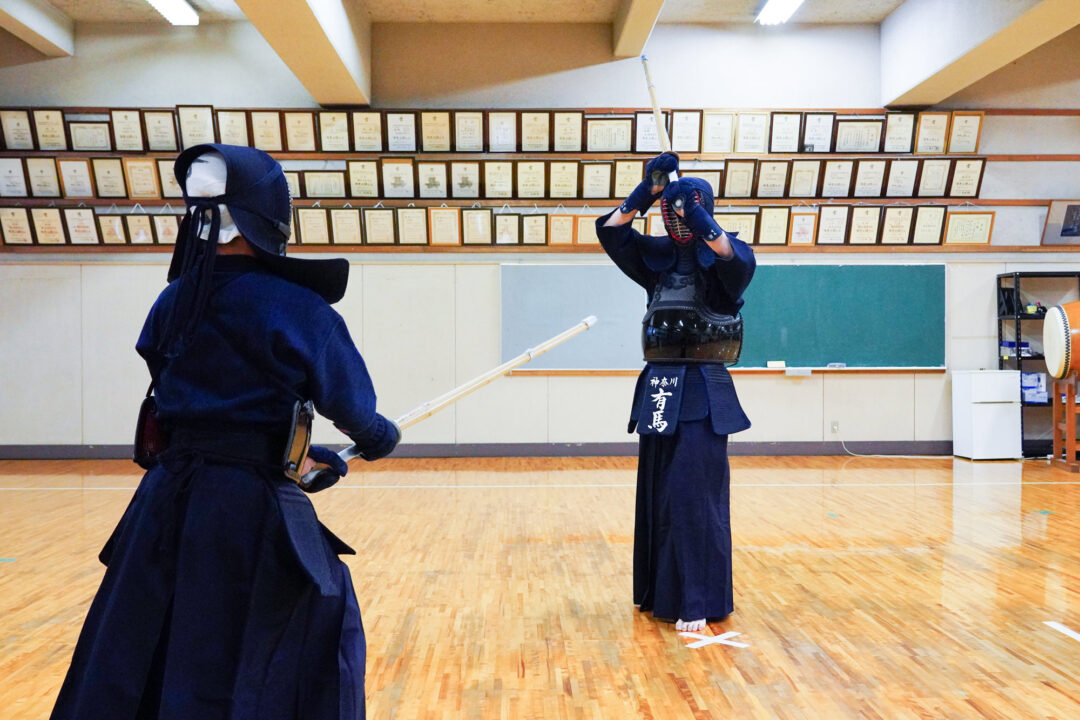 In order to make the opponent move, taking the upper hand in Seme and inducing uncertainty in their minds is a prerequisite. Take the split second of doubt in your opponent’s mind as your chance to strike.

Arima-sensei, a famous Jodan player, explains this process from a Jodan point of view; how does Seme from Jodan feel, how do you read the opponent from Jodan, and most importantly, how can it be used to move your opponent?

Kenshi in Jodan are not trying to move their opponent physically, but rather to influence the opponent’s mind. The discomfort your opponent will feel will create opportunities for you to respond to; the opponent can start showing openings in their Kamae, they may raise their hands or start hitting where there is no opening.

My experience in Shiai taught me to approach Seme like this. In high-grade tournaments like the Kyoto Championship or the Kanagawa Prefecture Kendo Festival, I noticed that the flags would not go up as much for my strikes. It became clear I was going for points where there was no valid opportunity to. When I was younger, perhaps I was making up for this lack of strategic insight with spirit and energy.

For example, Jodan Kenshi can struggle to find their targets when their opponent moves around a lot. As a result, I would get focused on striking the moment my opponent stops moving.

However, as I rose in Dan grade, the Ippon I needed to show required a higher level of strategy than this. Understanding how to move the opponent’s mind becomes especially important at higher levels. If you can dominate the opponent during Seme, they will feel discouraged. Their footwork will stop and their hands will start going up. First, the opponent’s mind will waver, then their body will follow.

In contrast, the opponent being active on their feet can be a sign they are truly “switched on.” If you try to corner them and strike, they will be more ready than you are and they will use your initiative against you.

Of course, a Kenshi who does not move their feet very much can still be mentally engaged in the fight. We see this in older Sensei for example. In principle, Kenshi that have fire and focus will not be stirred by Seme. You can try to strike again and again, but as long as you are simply hitting without considering if your Seme is translating and your timing is correct, you will not get Ippon.

When I participated in the All Japan TOZAI-TAIKO (East VS.West Japan) KENDO TAIKAI, I could feel that my opponents seemed wary of Katate-kote. To turn this to my advantage, I would go for Men while subtly hinting at Kote. I think this was effective specifically because my opponents were successful older Sensei, who notice and respond to this kind of Seme.

Recently, I have been working on applying Seme neutrally without giving away any intent. Then, at the very last moment, I switch gears and strike. Put differently, applying Seme neutrally becomes my basis, and I give away a small hint of what I will do right before I strike. This cannot be too obvious; the idea is that you give the slightest indication of what you are about to do right before you do it.

Getting the opponent out of their mental safe zone to create an opening to strike is an internal process so it is extremely hard to explain, but I think it is dependent on intuition and perception. I don’t think there is an effective way to hone these outside of practicing a lot.

Feel when the opponent starts to move or stops moving