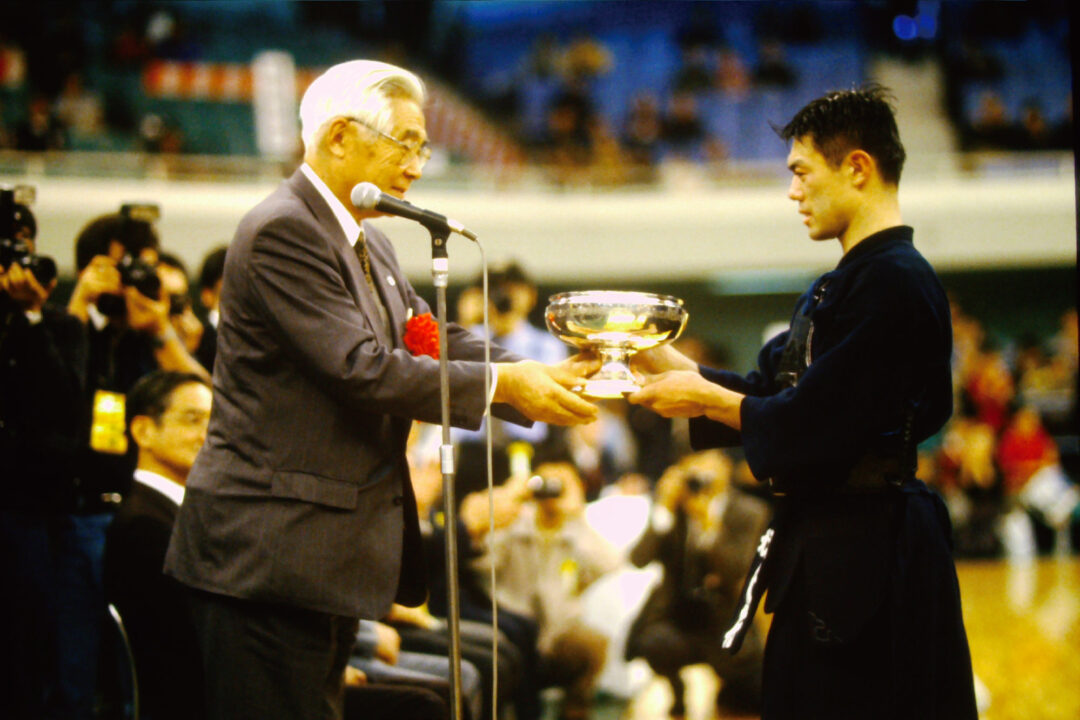 As the saying goes, “what’s in a name” Eiga Naoki (Eiga roughly translates into prosperous flower) is a shining light in the world of Kendo. He may very well be the most famous Kendoka in Japan. We trace his journey in this dialogue.

– I would like to talk to you about the theme of “Japan’s best”. First of all, can you tell us about the moment when you first became aware of being the best in Japan?

Eiga: I started Kendo because I was fascinated by the words “Japan’s best”. One of the ways to become the best in Japan was through Kendo, which was the local sport in my home town of Kimobetsu.

– Why did you want to be the best in Japan?

Eiga: Before I started primary school, the older members of the Kimobetsu Kendo Federation went to compete in a training tournament in Mito, Ibaraki. I saw a lot of adults waving flags of encouragement to see my brothers and others off to the train, and it made me admire them. When I asked my mother where my brother was going she said, “He is going to try to become the best in Japan”. It was a moment when Kendo and being number one in Japan were linked in my mind.

– You were drawn to the allure of being the best in Japan?

Eiga: Yes, I think so. At the time, it was like watching Kamen Rider (Japanese TV series) and being excited by the words “world domination”, that kind of feeling.

– Even after you started Kendo, did you always have the dream of becoming the best in Japan?

Eiga: In the beginning I didn’t like Kendo very much. It was not until I was in high school that I started to have a strong desire to be the best in Japan again.

Eiga: All the strongest players in Hokkaido were going there, so I entered the school with high hopes that I could become the best in Japan. However, when I actually competed at the national level, the Kyushu team was so strong that I felt like giving up, thinking that I would never be the best in Japan.

– In your first year of high school, you made it to the best 8 at the Inter-High School Championship, but you still thought you couldn’t become the best in Japan?

– And you decided to continue your Kendo career at Tokai University even with such feelings.

Eiga: My high school was affiliated to Tokai University, and my brother was also enrolled at Tokai University, so it was a given that I would go there. When I first entered the school, my love for Kendo was not fully revived, but when I participated in Keiko, my feelings gradually changed. The difference I felt in the quality of Kendo between high school and university allowed me to try a bit harder.

– What exactly do you mean by the difference in quality?

Eiga: There was a senior from PL Gakuen High School, Ishii Kenji, and his Kendo looked really good. You could say he won before striking, which was a completely different dimension to the vigorous momentum Kendo I had been doing up until then. I was shocked to find out that there was such a style of Kendo, and when I started to practice Kendo with a slightly narrower foot width and less tension in my shoulders, I felt more comfortable and wanted to pursue this kind of Kendo more.

– You started to have a desire to be the best in Japan again?

Eiga: I became a team member from my second year at university and I had a feeling that I was gradually developing a new style of Kendo. I received Keiko from Hashimoto Akio Sensei (8th Dan Hanshi) and Amishiro Tadahiro Sensei (8th Dan Hanshi), and I began to find the exchanges interesting. It was around this time that I began to be able to construct attacks and perform techniques calmly, and I thought I might be able to aim for the top again.

– In your third year, you made it to the final of the All Japan Student Championships, and you were one step closer to becoming the best in Japan.

Eiga: I had been disappointed to finish in the top eight at the previous tournament in Kanto, so I was very happy with my result at the All Japan Championships.

– From this point on, were you determined to continue Kendo in the future and aiming to become the best in Japan?

Eiga: I was determined to continue with Kendo, but when I was a student I was thinking of becoming a teacher in the future. However, in Hokkaido, there were many fierce teachers such as Kazuo Furukawa, Hayashi Akira, Yutaka Saga, Hideyuki Eiga and Saga Satoshi. When I was deciding where to work, many people told me that Hokkaido would face difficult times if the police did not become stronger, so I finally decided to join the Hokkaido Police rather than becoming a teacher.

Confidence for success if in the top league

– You have made a new start back in Hokkaido, what was your first goal?

Eiga: I thought that if I could become stronger and play on a national level, the Hokkaido Police would also become stronger, so I had a strong feeling that I would try my best to become the best in Japan at that time.

– But unlike the big cities which are blessed with a good environment, I don’t think it was an ordinary task to become the best in Japan from a rural area.

Eiga: This is the world of “Dokaben” and “Captain” (Japanese Manga). In “Dokaben”, a young baseball team makes the most of their individuality and wins through teamwork. In “Captain”, a player who had been in the second team worked hard to become the captain and win the national championship. This is exactly the situation we were in. It was very rewarding and fun to see how we could challenge for the top from scratch.

– We often hear athletes talk about the importance of the environment, but did you ever feel carried by it?

Eiga: I felt that it was important to be carried actively, not to just be carried passively.  I think it’s important to keep your beliefs strong and to make a clear distinction between public and private life. If you don’t, you might lose supporters and friends. I think it’s possible to work as hard as you want without being in the spotlight.

– How soon did you start to feel that you could compete for the top positions in the All Japan Championships? 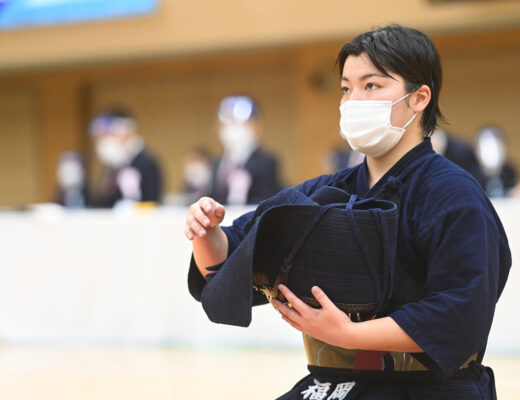 The reason why I started a company Kendo Club : Bear Hug