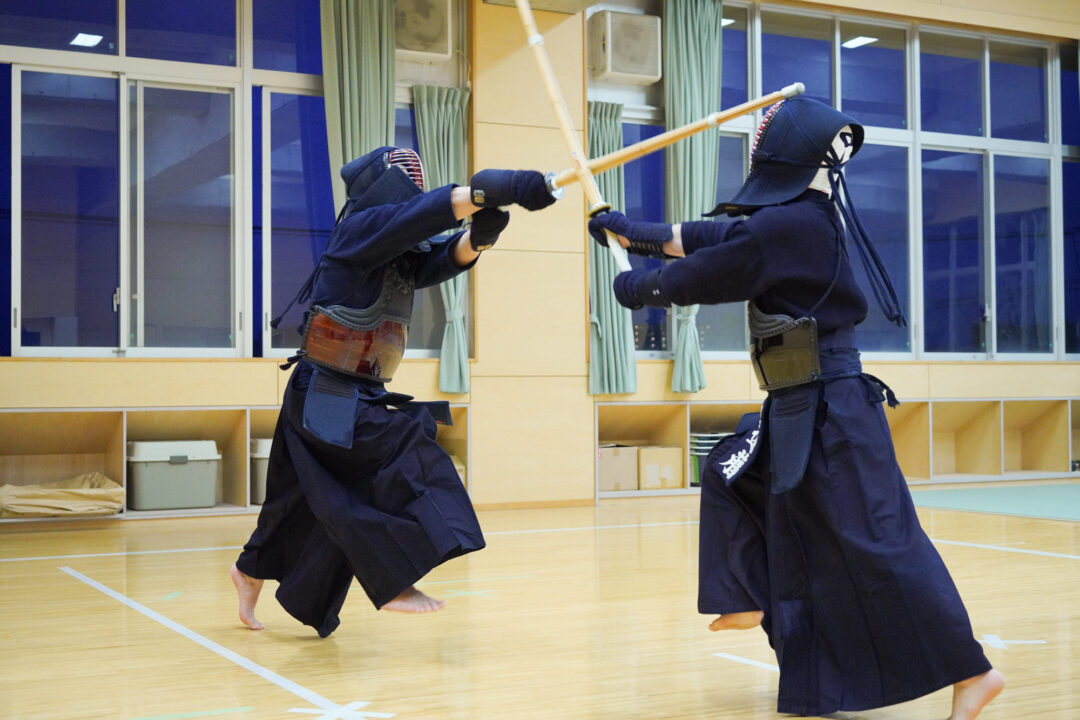 Kazuyuki Ishihara, 8th Dan Kyoshi from Gunma Prefecture, achieved his long-sought promotion to 8th Dan at the 8th Dan examination last fall. He said that the only type of technique he performed at the examination were those which caught his opponent’s initiation, also known as “Okori”. We interviewed Ishihara about his training process leading up to the examination, and about his regular Keiko to catch this timing.

Born in 1965 in Gunma Prefecture. After graduating from Maebashi Commercial High School and Nippon Sport Science University, he began teaching at junior high school in Gunma Prefecture. His major achievements include placing third in the All Japan Kendo Championships, winning the team championship in the National Teachers’ Kendo Championships, winning at the National Sports Festival, and participating in the All Japan TOZAI-TAIKO（East VS.West Japan) KENDO TAIKAI. In November 2020, he was promoted to 8th Dan.

I feel that such techniques, among which are “Debana” and “Degashira”, have far fewer opportunities than other techniques. However, it is precisely because they are rare that they are so valued, and I believe that landing them is a part of Kendo training that must be sought after.

Last year I was able to pass the 8th Dan examination on my 14th attempt. Looking back on it now, I think that my challenge for 8th Dan was ultimately very closely related to which extent I would be able to catch my opponents in their initiation.

I started taking the 8th Dan examination when I was 48 years old, and in the beginning, I was only concerned about form, and my Kendo lacked substance and wasn’t rich. As I continued to challenge myself, I learned from various teachers and by practicing what they taught me, I gradually came to understand, albeit dimly, some of the intricacies of the 8th Dan examination and I was able to advance to the second stage. The second stage of the exam requires even more mental enrichment than the first stage. I have experienced a total of six failures in the second stage, and I am aware that in all of them I had let my mind wander, as is described with the four impediments (surprise, fear, doubt, and confusion).

At the 12th examination, I felt confident by my own standards, but it resulted in a fail. I asked myself why I had failed, and the answer I came up with was that the strike I thought I had made was just a fluke hit. In my 13th attempt, I was more afraid than necessary of my opponent’s attempts to counter my strikes, and I was not able to perform the techniques I wanted with abandon, so I was rejected at the first round.

After these experiences, I decided to face my opponent for the 14th examination with a sense of purpose. The first strike was to catch the opponent’s Men in their initiation. Even if the technique got countered, I would go for Men again. As a result of my determination, I was able to perform one technique in each of my four Tachiai that caught the opponent’s initiation. I was determined to strike when they moved, and I was determined not to miss the cues. I believe that this is what is meant by “Sensen no Sen”.

Kamae with, and without form, and the left side of the body

Now, I would like to share my experience on how to actually catch the initiation. I know this may not compare to the voices of other teachers, but I hope it will be of some help to those who are preparing for examinations.