Profile
Iwatate Saburo 8th dan Hanshi
Born in 1939 in Chiba Prefecture. After graduating from Chiba Prefecture Narita High School, he got a job at Chiba Prefecture Police. After retiring from the Tokuren, he served as a Kanto District Police School Instructor, and Chiba Prefectural Police Kendo Head Teacher. Starting in 1978 Iwatate began teaching at the kendojo Shofukan and a number of swordsmen from Japan as well as overseas have gathered to ask for the guidance of Iwatate Saburo.
Currently, he is the director of Shofukan Dojo, Shobi Gakuen University Kendo Head Teacher, the All-Japan Kendo Federation Councilor, All Japan Kendo Federation Vice-President, and the All Japan Senior-Kenyukai Chairman.

Teachings of his old teacher, 8th dan Hanshi Takiguchi Masayoshi
”In kendo, you shouldn’t flaunt your strikes more than necessary”

As you know, in kendo we say that it “starts with rei (etiquette) and ends with rei” and I also go into training and shiai while valuing this. My old teacher Takiguchi Masayoshi taught me about reigi once.

It was about 20 years ago at the Kyoto Taikai. The Kyoto Taikai is also known as th Budo Festival, and it has a warm and friendly atmosphere amidst serious combat. In that tachiai, I was able to hit an ippon that went exactly right for me. It was a strong ippon.

I hit men, passed through and when I turned around I shouted again, “it is men!”. It is an act of boasting and confidence. Takiguchi sensei, who saw it, told me in keiko after he returned from the Kyoto taikai.
“Iwatate, indeed you hit a great men at the Kyoto taikai. It was a splendid ippon which made the audience gasp. But after your strike you claimed “it is men!” in an urging manner. In kendo, this is not good. Remember this well.”

By subscribing to Kendo Jidai International you agree to the general terms and conditions.
More discussion »
Iwatate Saburo
0 Comments
Share 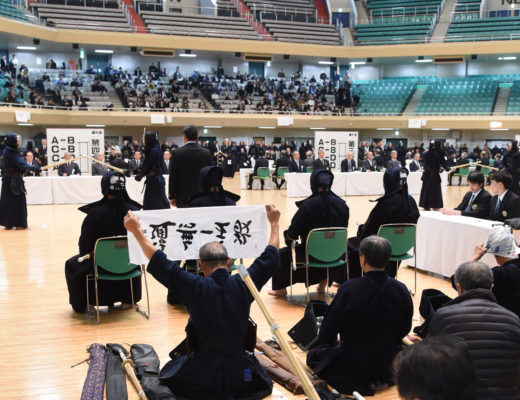 Hayashi Kunio : Toughest exam in the world, vol.1 Analysis of the 8th dan in kendo 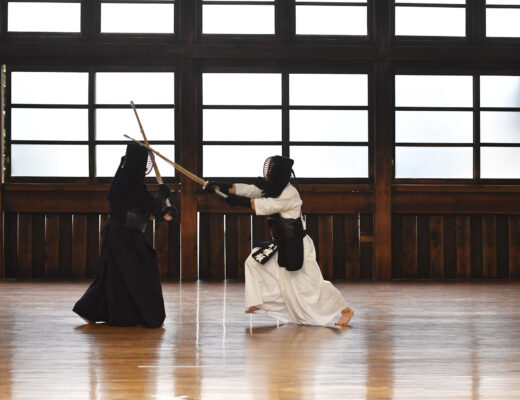