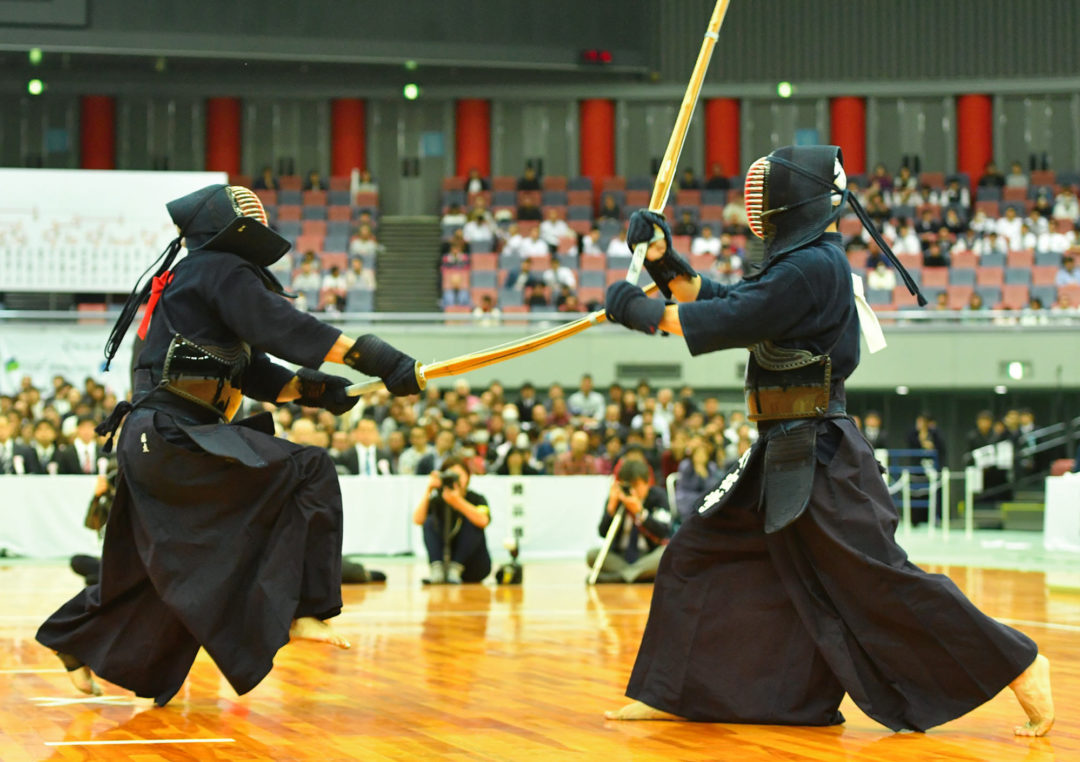 2020.1 KENDOJIDAI
Nishimura Hidehisa (Kumamoto), who won the first three consecutive titles in history had been defeated. The finalists were orthodox players with brilliant all-in strikes: Kunitomo Rentaro (Fukuoka), who has advanced to the finals twice in the past and Matsuzaki Kenshiro (Ibaraki), a third-year student at the University of Tsukuba. Kunitomo, who had been attacking Matsuzaki with a fierce spirit from the start, landed a sharp kote in extension time and grasped the coveted trophy. Coming in at third place were Maeda Yasuki (Osaka) and Takeshita Yohei (Oita), who took 3rd place in previous All-Japan Championship as well.

Kunitomo advanced to the finals twice in the past: in the 62nd and 64th All-Japan Championship. However, he ended up in bitter defeat both times.
In particular, his opponent in the final match of the 62nd Championship was Takenouchi Yuya, a then third-year student at the University of Tsukuba and exactly the same age as Matsuzaki now. One can not help but notice the similarity.

However, this years Kunitomo is different from five years ago. As with all his victorious matches that day, he puts on the pressure and pours his soul into splendid kamae right after the game starts. Kunitomo is has long been known for his good posture. The most remarkable factor is the control he has over the left side of his body. The left foot, heel, waist, shoulder, and hand are in perfect position. Because of this, the energy gathered in his tanden (core area)radiates aggressively from the tip of his sword towards his opponent, resulting in pressure. Although he is good at men-techniques, the tip of his sword does not float around and is rather low, so his posture appears to be slender but there is a tremendous sense of intimidation when he takes his kamae. Matsuzaki does not give in when it comes to quality of posture. His lower body is stable and the center of gravity falls right in the middle while his feet are slightly wide in back to front direction. Still, his upper body is relaxed.

He stands 182 centimeters tall and his footwork is subtle and appears to have a lot of depth. This is also due to his ideal upper and lower body interaction. His lower body is stable, and his upper body is relaxed. Although his seme may not create as much pressure, he has a solid understanding of his striking range and an excellent eye to see through his opponent’s techniques. Furthermore, he has the boldness to go for strikes without deception if he deems it an opportunity. In addition to being invited to training camps for Japanese representatives, this year’s National Sports Tournament is to be hosted in Ibaraki prefecture, and the preparations for it have led to great progress for Matsuzaki.
In the semi-finals, Matsuzaki was the first to take initiative with a brilliant diving men-technique from just within striking range, but his first technique in the finals was a kote strike. As Kunitomo carefully came closer, Matsuzaki utilised this to dive in for that kote-technique. 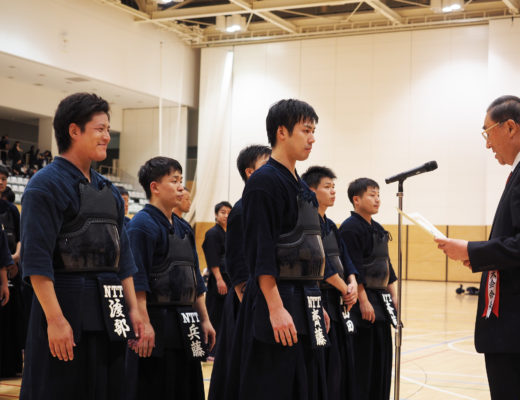 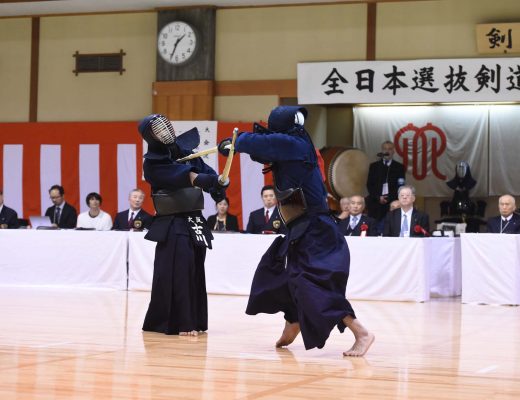