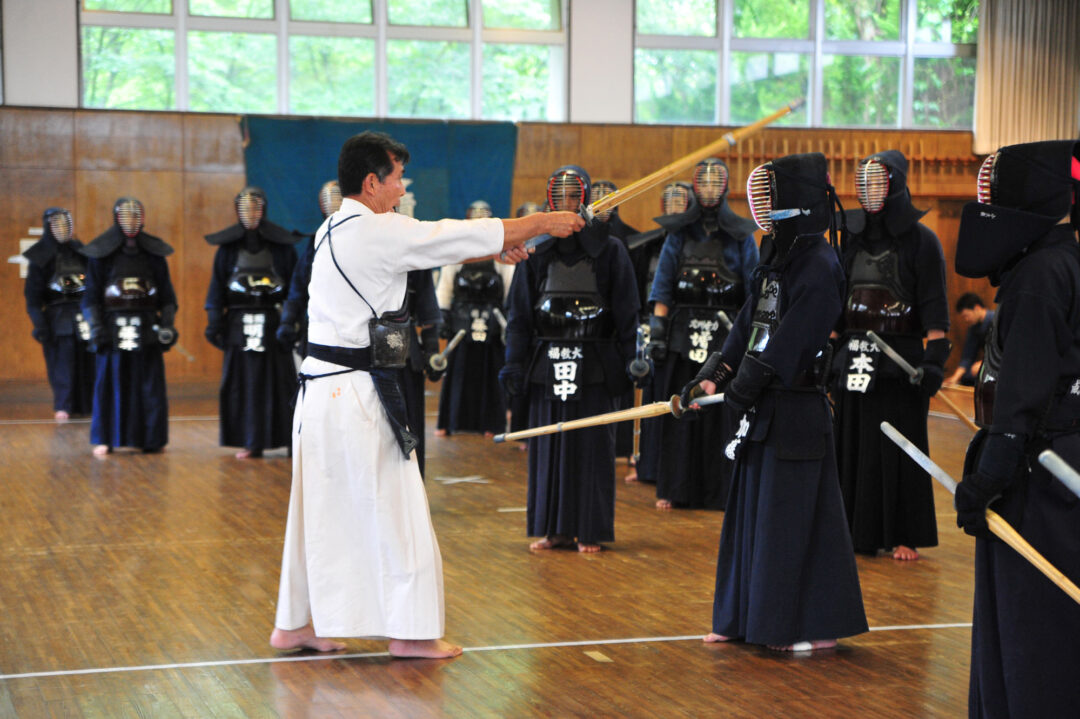 In the previous articles, we discussed the principles of body, sword, and mind. This time I will reflect on the stages and development in Kendo training.

In the old times, there were many ways to describe the stages of training, such as “Shu-ha-ri”. Here, I will refer to them as the introductory stage, training stage, and mastery stage.

As a Kendo practitioner, it is important to know what stage you are at, what you need to learn, and what the next stage is and what you need to do. It is not easy to know this, but it is necessary to develop an eye for the Kendo of your Sensei and seniors. In other words, in the introductory stage, the student is still trying to learn the basics of Kendo movements, so it is important for the instructor to show the student the next step and direction in Kendo. Since physical learning is more about learning through observation rather than verbal communication, the instructor’s good appearance and sharp spirit are important ways to pass on the knowledge.

What is more important is to be aware of the purpose of Kendo training. Nowadays, it is common for students to be introduced to Kendo at an early age, but it is essential to have a clear understanding of the purpose of Kendo training from the time when mental development is still in its infancy and adolescence stage, when self-awareness begins to emerge. It is essential that students have a clear sense of purpose in their Kendo training as they progress in technique and experience a variety of training and their goals become more diverse.

Aims of the introductory period

The middle and upper grades of elementary school are a time of remarkable development in physical skills, and the coordination of perception and movement in particular. During this period, children can easily absorb the interplay between Shinai manipulation and footwork, but their muscular strength is still not fully developed so they should not be rushed to learn a variety of techniques. If we teach them various techniques one after another and let them enjoy Shiai using them, they will easily go down the path of “hit” Kendo. It is important to know that the distinction between hitting and striking Kendo is taught during the introductory period.

The significance of properly training the basics