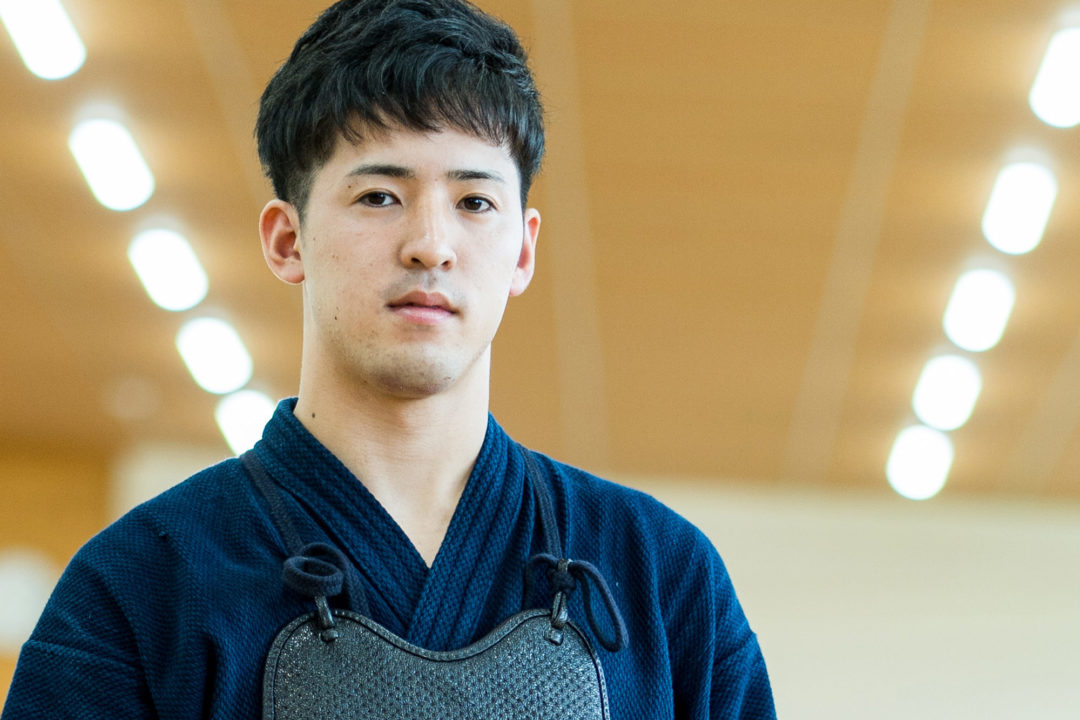 Interview of the 67th All Japan Kendo Championships

Matsuzaki didn’t retreat even one step when he defeated a line-up of top level players with his trademark Men-technique.  The secret of his victories lies in his well-polished skills which stay true to rational order and his strong mentality. We asked about the environment that created his strength and his efforts leading up to the All Japan Championship.

Matsuzaki Kenshiro. Born in 1998 in Isahaya City, Nagasaki Prefecture as the eldest of four siblings. He took up the Shinai by influence of his father at the local Masaki Shonen Kendo Club in 1st grade of elementary school. He moved to University of Tsukuba from Shimabara High School and is currently a third-year student at university. His main achievements are the 2nd place in the All Japan Championships and the title in the National Sports Tournament 4 times. In Isahaya Junior High School he took 2nd place in the National Junior High Championship and in the Inter High 2nd place with his team and 3rd individually. After enrolling in university he took 2nd place in the All-Japan Student Team Championship twice and 2nd place in the individuals. He took the title in the Kanto Student Championship. 4th Dan in Kendo.

Reflecting on his Kendo motivated by defeat

It was his second time on the big stage of the All-Japan Championship. How did he feel when going in?

“Like my first entry last year, I wasn’t really nervous. I was nervous in the first round, but I was able to fight smoothly after that. Participating in the AJKF training camps and doing Keiko with the players who participate in the All-Japan Championship was a big factor. At this training camp, basic Uchikomi and Jigeiko was central and I didn’t have the chance to do Shiai with my Senpai yet. However, I learned a great deal about the attitude and spirit for studying Kendo. This year the National Sports Tournament was in Ibaraki where I live. I had many opportunities to cross swords with policemen because the Metropolitan Police invited me.

He played a leading role at the Sempo position in the National Sports Tournament held locally just one month before the All Japan Championship. He won all his matches with 2-0, paving the way for Ibaraki Prefecture to take the title. It was just one year ago in November that he participated in the Special Invitational Seminar for promising high school students (commonly known as Futobone) and from there he got invited to training camps for the Japanese representative. From that winter to the next year, he grew remarkably. Matsuzaki himself underwent major changes, not only because of strengthening camps and environmental aspects of the National Sports Tournament.

“Last year (2018), I lost 2-0 to Seike of Chuo University in the finals of the All Japan Student Team Championship. In the next month’s Kanto Student Rookie Championship, I lost to Matsuo (Meiji Univ.) who was a classmate of mine at Shimabara High School. I felt strongly that I couldn’t afford to lose anymore but things didn’t come together and it was messy. So I decided to improve my mental game and reflect on my Kendo. It changed myself from winter to spring. “ 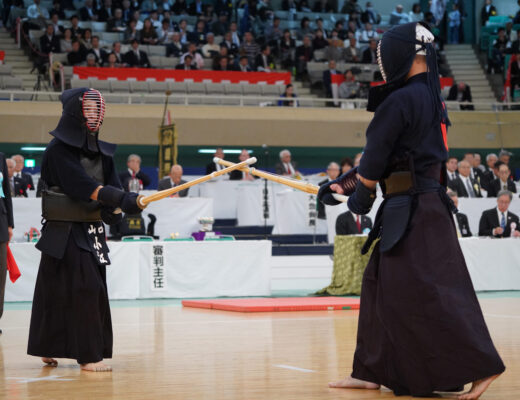