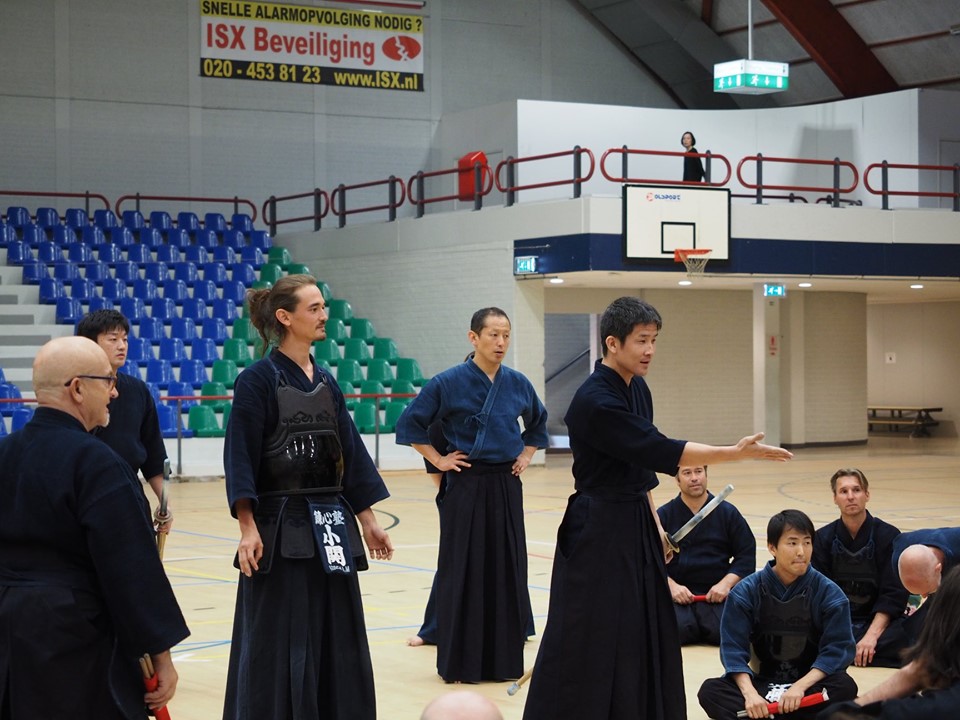 In 2019 from August 2 (Fri) to August 4 (Sun) the annual Amsterdam Kendo Summer Seminar was held. In this report, the contents of the seminar will be presented in text and video.
If you participated in the seminar, please remember to incorporate it into your regular practice.

In the morning of the final day we practiced refereeing with all participants. Shiai were judged by three shinpan and the remaining participants of the seminar surrounded the shiaijo and together with the shinpan they determined whether or not ippon were made.

In the first match between ladies, two referees did not raise the flag and one referee did. The judgment of other participants was also split in half. The referees argued that the blade angle and impact strength was insufficient.

The technique was performed at a good timing and landed on the target area. Judging from the skills of the two people the impact strength is in the acceptable range, and if this technique is not rewarded with ippon, there is a possibility that none will be awarded for a long time. The referee should identify the skill level of the tournament and the players and help to keep a good flow of shiai.

In shiai, the movement of the fukushin is very difficult and important. Basically, the shinpan are to move while making a symmetrical triangle with the shushin being the top corner. The difficult part is when the player comes to the corner of the game field. Both shushin and fukushin should move swiftly or they will not be able to see the players correctly.

(1) Regarding the referee practice, there were many cases where the two fukushin could not see each other. When this happens, one of the fukushin may fail to express their judgement without noticing that the other raised a flag. The referee must observe both the players and other referees.

(2) In some cases, as when a player moves to the corner of the shiaijo, a fukushin becomes the top of the symmetric triangle. It is important to predict the movements of the players and try to position yourself and move with the other referees while looking at each other. 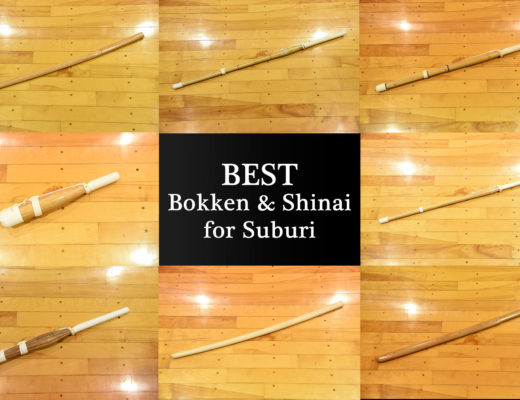 Best 8 Bokken and Shinai for Suburi 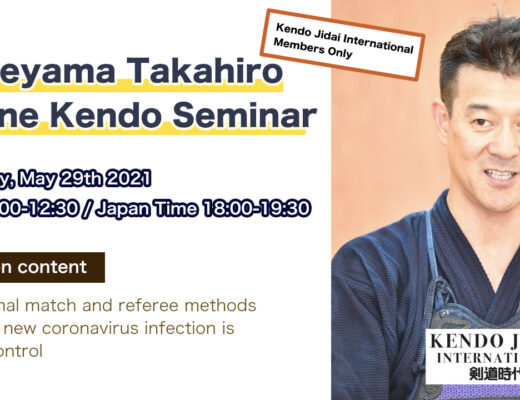 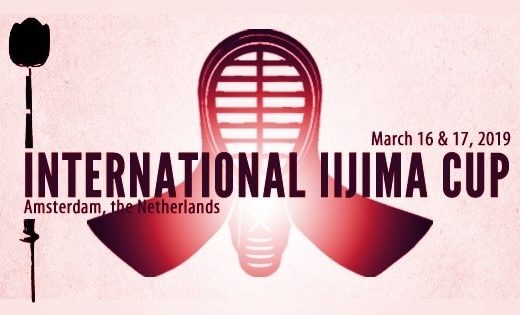